Keynote on Empathy at the IACCM Conference 2019 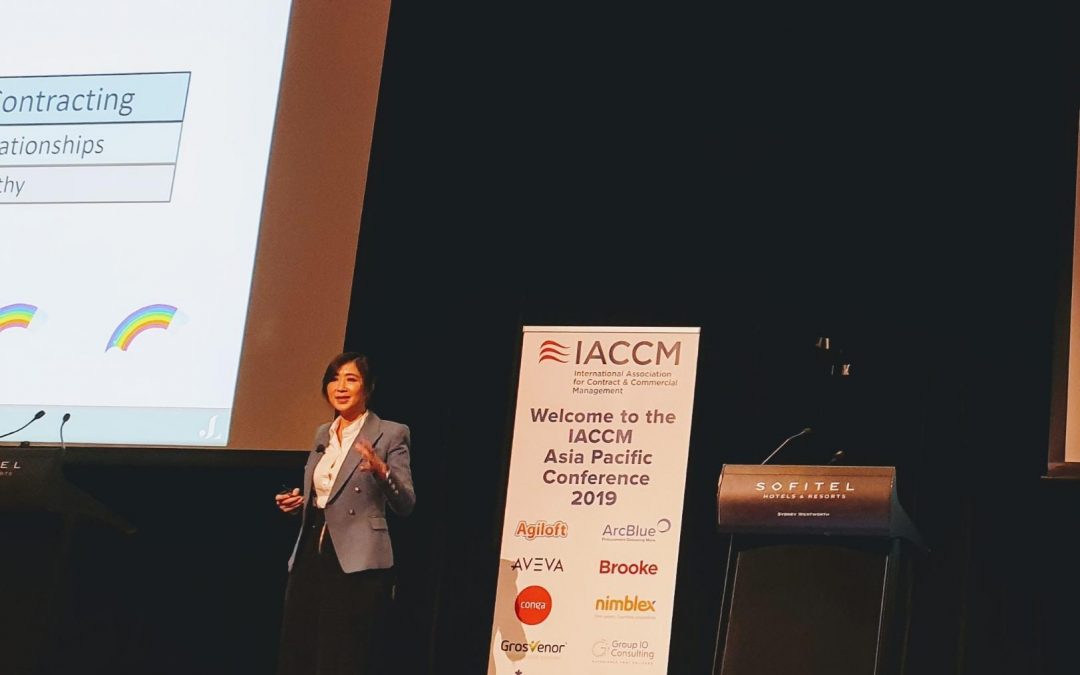 Empathy is fundamental to building effective, healthy relationships. In every context, period. I was delighted to be invited to open the IACCM’s (International Association for Contracts and Commercial Management) Asia Pacific conference with a keynote address on this very principle of empathy. The following is a brief snapshot of what I spoke about.

The relevance of empathy

We are always negotiating. From who should unload the dishwasher versus cooking dinner each night, to agreeing service levels with a technology provider. Fundamentally, the success of those negotiations is contingent on the health of the underlying relationships between both parties. Empathy plays a crucial role in nurturing that health. Many misconstrue empathy as simply “stepping into the shoes of another” – this is inaccurate because it is merely putting your own consciousness complete with your biases and values into the same situation as the other person. A better definition that I recently came across, courtesy of my friend Google, is this: empathy is seeing through another person’s eyes, hearing with another person’s ears, and feeling with another person’s heart.

Often we (lawyers in particular!) get caught up in the game of a negotiation, the win. So much so that we fixate on every item we can possibly win on to the detriment of the relationship with the other person. Sure, there will be circumstances where the exchange you have with another is purely transactional and you don’t need to maintain a longer-term relationship with them. But those instances are uncommon. Which means we need to embrace empathy as part of our negotiation, contract and relationship management practices to achieve a true win-win for both sides.

Several years ago I completed an all day CEO-simulation exercise. I was given an “office” in which a camera was fitted and recorded my behaviour for 9 or so hours. There was a loose agenda but throughout the day there were curveball issues thrown at me, much like in the life of most CEOs. At the end of the exercise I received a detailed report on how I performed against key attributes determinative of an effective CEO. When I received my report a few weeks later, one of the feedback areas for development astounded me. A session during the day was a contract negotiation with a significant service provider – I had nailed it, or so I thought. High service commitments, additional support, upgrades to systems, onboarding, competitive pricing. You name it, I got it. I walked out of the negotiation confident I had achieved the best possible outcome for the organisation. “But you failed to negotiate a genuine win-win for both sides”, said my feedback report. Meaning my fantastically negotiated deal lacked longevity and sustainability because I had in a sense damaged the relationship with the service provider by pushing so hard on my objectives with absolutely no regard for theirs. This would manifest into a less than optimal relationship later on because I had set a “tit for tat attitude” in how we would be working together. And so it was there and then that the penny dropped onto my Type-A-win-like-Harvey-Specter lawyering style. 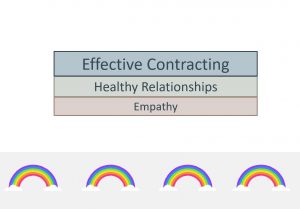 *in a nutshell, it’s as simple as this

In a professional context, we’re usually dealing with contracts and each trying to drive the effective delivery of obligations under the agreement. That being the case, the crucial part to driving optimal performance from both parties is to cultivate a positive working relationship, which critically involves us all injecting a solid dose of empathy into building those relationships.