5 tips for being a charming conversationalist 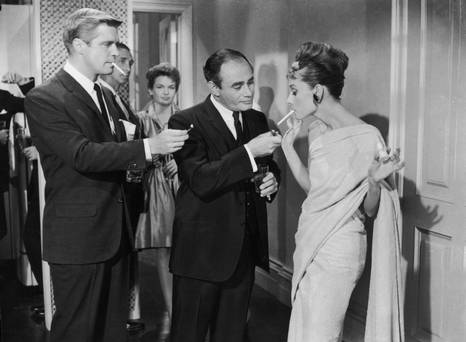 Some of you may have already read my post about the agony an introvert feels when faced with the inevitable networking drinks event. Since then I have thought more about what noticeable behaviours I have seen in others that make them charismatic and pleasant to converse with, as opposed to those situations where I have been thoroughly turned off by someone during a discussion. I have concluded these positive and negative experiences fall into five categorisations or behaviours.

Before you stop reading and assume this is some fluffy nonsense, hear me out. People unconsciously judge and sum up others in a matter of seconds – that’s just how quickly first impressions are formed. Ever thought about those odd occasions where you walked away from meeting and chatting to I someone for the first time ever and thought to yourself “I really liked that person!”?  Apart from obviously having had a good conversation with them, it is also likely that person was friendly, flashed a smile here and there and was all ‘round pleasant to be around.

I recently went to an engagement party where I didn’t know anyone other than the groom-to-be. I was seated at a table and introduced to several men and women and ended up having a great time chatting in particular to two women who were what I can only describe as smiley and happy people. I thought more about it afterwards and concurred that I liked them because of their positive demeanour and because they demonstrated all five of the things  I write about in this post.

There’s nothing more draining than being stuck in a conversation with someone who gives you deadpan one-word responses or worse yet, only wants to complain about their woes. Don’t be that person. Make an effort to flash those pearly whites (not in an overly frequent creepy way of course) and put some enthused energy into what you’re saying.

2. Don’t look around the room if you’re bored

I can’t stand this. It has to be my number one pet peeve. Because it’s rude, disrespectful and makes the person you’re talking to feel like you’re looking for someone better to talk to (because you probably are). And yes, they will always notice those straying glances, don’t think they won’t. Most of us would have been on the receiving end of this before, so be conscious of not engaging in the same behaviour.

Instead, whether you’re bored of your conversation buddy or simply want to work the room and talk to someone new, initiate point 3 as follows.

3. Being polite but direct to leave a conversation

Execute a polite exit strategy if you’re feeling stuck talking to someone or simply want to move on to chat with someone else. There’s nothing wrong with “It was great chatting with you, I’m just going to have a wander and see who else is here tonight” followed by a friendly departure. Other options are “Excuse me, I’m just going to duck to the restroom” or “I’m sorry to interrupt, it was great to meet you, but I’m just going to try and catch [insert name] over there”. It might feel uncomfortable or impolite to do this at first, however I have observed many CEOs, senior leaders and managing partners slip away from a group in exactly such a way.

The important thing is to not let yourself remain stuck in a conversation you don’t want to be in because you won’t be able to hide your disinterest for long. And that makes you an equally unengaging tête-à-tête partner.

4. Inviting people to talk about themselves

People are inherently most comfortable talking about things they know. So it makes natural sense that if you ask someone for their view on or experience of something, they will be able to speak to it easily. It also gives you as a listener, the opportunity to get to know the person more and find other topics of interest. I was at a work Christmas dinner some time ago and one of my colleagues changed the dynamic and tone of the conversation dramatically from the usual corporate chit chat, by asking everyone around the table in turn “So I’m about to plan my next holiday; what has been the worst holiday you have ever been on?”

You can imagine that everyone has a story to share to a question like that so not only does it engage everyone but also gives you insight on, for example, what irks people. These insights might be readily relevant and transferable to work settings too. A straightforward example of this for me was a time I was on holidays, where I was so irritated at a friend I was supposed to be meeting because she showed up 30 minutes late. From that you could probably deduce that in my work life, I am punctual and would be annoyed at people who are late to meetings.

Secondary to inviting people to speak is remembering the skills of being a good listener. You might be a social butterfly that loves to talk to people, but a conversation requires two active participants, so try and aim for a good 50/50 split of listening and speaking. Otherwise it turns from being a conversation to a lecture.

5. Welcoming others into the conversation

If you’re embroiled in a discussion with a few people, be conscious of some not being included because perhaps they might be less vocal than others. Be perceptive. Make the effort to invite their thoughts and encourage them to be part of the conversation. This is particularly important when you’re already part of a group and a newcomer joins – introduce yourself if you don’t already know them and then introduce them to the rest of the group. Fill them in on what you have just been talking about so they too can join in. Said newcomer will be grateful that they haven’t been left awkwardly hanging in the wings.

There have been so many situations where I have seen those uncomfortable moments when someone approaches a group – be it at work drinks, weddings, birthday parties – and they linger, waiting to be invited into the conversation but the invitation never surfaces. Don’t be cliquey. Being welcoming is always appreciated by the receiver.

I should also point out, if you’re wanting to approach a group of people already in conversation, my best tip would be to take a deep breath and just dive in. Walk on in and introduce yourself. Hesitation reeks of awkwardness so try to swallow any shyness and if the people you’re approaching are courteous, they will do exactly what I have described above.

The above tips may seem like common sense or well-bred manners, however it is incredibly surprising how often you see contrary behaviours in both social and professional settings. I think these behaviours should really just be good manners that you demonstrate in all environments. In my view, topics are what differentiate a “work” versus social conversation but the “how-tos” of these conversations should always adopt the same courteousness.