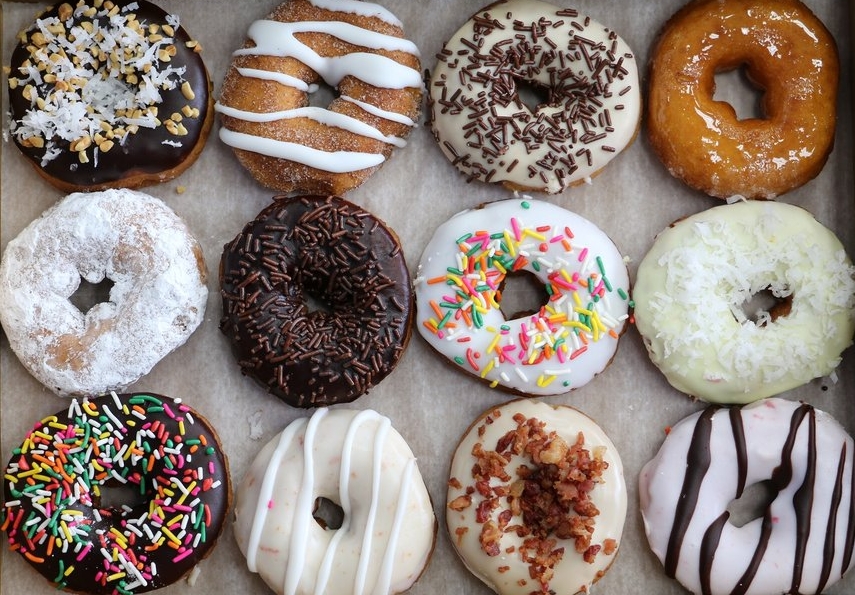 In the last 18 months I have managed to bed down a routine of going to the gym 2-3 times a week. This is a big deal for someone who does not like exercise (still don’t) and doesn’t particularly love a plate of steamed vegetables. I recently read an interesting article about what the author described as “The Willpower Instinct” and it got me thinking about how it applies more broadly. I would describe it as us all experiencing an internal joust between our “now-self” and our “future-self” at various moments in our lives. This is in essence the nature of our struggle with willpower. Now-self is about #YOLO #FOMO and wants to experience things immediately, only do the fun and easy stuff, and not think about the consequences. Future-self is the level-headed long-term-thinking you that knows all about the consequences stemming from your now behaviours, and doesn’t want to misbehave for fear of those future ramifications. Put another way, willpower is really the measure of our ability to do something that’s good for and beneficial to us, but for whatever reason is difficult for us to do.

I have identified the four most common willpower battles that I know I am regularly drawn into. Sometimes I lose the fight, but I like to think I have built up some learned tricks in the arsenal so each time that same duel arises (which it certainly will), my future-self will have a better chance at conquest.

Battle 1: Gym vs couch (with a dose of bad reality television)

This one has been the most pertinent one in recent times for me because as I have alluded to, I am a self-professed gym/exercise-hater. I don’t enjoy it. I don’t feel the endorphins everyone speaks of. But I do have stress manifest itself in me physically. I experience debilitating migraines and fortunately (or unfortunately!) there is a correlation between the frequency of my migraines occurring and the amount of exercise I do. You would think that’s enough of a reason to ensure I always win this particular willpower struggle, but it really isn’t when I have had a long week and an exceptionally salacious episode of The Bachelor is on.

What has helped however is me understanding all the tools my “now-self” uses to try and defeat my more disciplined gym-going self. It’s too cold in the morning, it’s too late in the evening after work, I’m too tired to go, etc. So I try and go at lunchtimes for a quick break outside of the office. Take that now-self. And I’ll do a short class where an instructor will bark orders at me, so that I’m not left to my own devices to faff about with the overwhelming gym equipment. Another tactic has been to try and go in the evenings after dinner with my husband, and to treat this as an activity we partake in together. Don’t underestimate the value in having a gym buddy to push you along especially on those days where you’re really flailing. The point to all this is really to recognise what things put me off about going to the gym, and to try and counter all of these so that it makes the struggle a little less difficult. Eliminating as best I can all the things that make gym hard for me, makes it easier to then turn the activity into a routine and once it is an embedded routine, it won’t always be such an internal fight.

There are always going to be those things at work that you are responsible for doing that are just hard. And time consuming. And require intense concentration and focus. It’s so easy to con yourself into deferring that challenging task, and instead procrastinate with crossing off the easier things you have to do that are likely more mindless and require less energy and brain-space.

An example for me would be reviewing and re-drafting hefty contractual agreements between my organisation and an external party. I would categorise this in the hard and time-consuming bucket that requires focus and concentration. Easy and relatively mindless tasks? Completing my expense forms for the month, pulling together meeting agendas, sending follow-up emails to people post-meetings. What I have found really effective in ensuring I don’t lose out on this willpower struggle and end up missing deadlines with those big tedious tasks, is to think about how I work best. Key characteristics of my working habits:

1.       I start my working week feeling invigorated and energised on a Monday and Tuesday

3.       It is near impossible for me in the later part of the week to have a block of uninterrupted time to work on something because by that stage, other business units in my organisation would have built up things from what they’re working on and will require my input.

With all that information in mind, I try to maximise my effectiveness and efficiency at work by allocating my to-do task items across the week and block out time in my diary as necessary. Those hefty concentration heavy tasks are reserved for Monday, Tuesday and Wednesday mornings. The easy tasks are reserved for the afternoons when my brain is running at a lower capacity. And meetings which invariably interrupt my working rhythm I try to schedule on Thursdays and Fridays.

What I have really tried to do is consciously think about my working style and how I work best. What tasks do I like doing versus those that I don’t. Like any fight you need to prepare for, you need to know what you’re up against and have things to counter with.

This one is a tough one because learning means making yourself do something inherently uncomfortable. If it was easy, you wouldn’t be learning. I am a big believer in continuous education to ensure you are always developing new skills and learning about new things relevant to your career. And with that education comes enormous time commitment and sacrifice. For quite some time I had put off doing a course I was interested in and would be highly relevant and beneficial to my career. But I just did not want to give up the personal time I had to hang out with friends and go on date nights with my husband, to instead have to come home and think about readings and studying for exams.

I don’t think I can find an easy trick to counter now-self with for this willpower battle. Other than to take the moral high ground and focus strongly on the long-term benefit that investing your time in furthering your knowledge will have on you personally and professionally. Short-term pain for long-term gain they say, and I think studying while working is one of those things. It sounds trite to just say it’s about timing and discipline but if you do plan carefully this makes a world of difference to being able to balance everything.

I mapped out my schedule so I could do this course just before the Christmas break because that’s when work would be quieter and I could afford to take time off to study. But that also meant I would be handing in assignments and preparing for exams during the Christmas break. Painful as that was, it worked out well because I knew in the new year I would be going into a busy period at work so it would have been even more painful studying for exams whilst focusing on key projects at work. Christmas pain for future gain!

I’ll just be upfront now and admit that I love junkie food. Donuts, fried chicken, fries, ice-cream, chocolate, fast-food – all that bad stuff. I also for quite some time had some terrible eating habits – snacking a lot during the day on sugary treats and eating heavy things late at night before bed. I came across an article by a journalist who had canvassed a huge number of different people aged 50+ and asked them what advice they wish they could have given themselves when they were in their 20s and 30s and 40s. And some very prominent themes kept repeating in the answers. One of these themes was around nurturing their health – because it’s what you’re doing in your 20s, 30s and 40s that are really going to start manifesting into outcomes and impacts in your later years and beyond. This is probably going to be true for many things beyond just your health. It applies very prevalently to how you grow your career – steps you to take to developing yourself professionally earlier will no doubt mean you reap the rewards later on as you gain more experience.

This food battle can be about playing mental tricks on yourself and trying to find different ways to give yourself what you want, but in a different form. You can’t win this battle by trying to cut out all fun things. Making lifestyle changes needs to be sustainable which is why, like with fad diets, they really can’t be all consuming and unrealistic. I haven’t removed my 3pm muffin, but instead of one so high in sugar and fat, I’ve started making my own cocoa snacks that give me that sweet hit without the heap of sugar.

Replacements rather than blanket removal of things out of my diet has been the trick to sustainably changing my eating habits. And I don’t mean replacing a chocolate bar with a green juice – let’s face it that’s never going to cut it. But taking baby steps will help you come out on top of this battle – replacing with something a little less bad for you is much easier than replacing something deliciously unhealthy with something 200% healthy.

The overall underlying themes to each of these tug-of-wars are centred on that measure of willpower. But the key tricks to building that willpower strength, if I can summarise are –

1.       Having self-awareness so that you can counter all of the excuses that now-self makes

2.       Accept that sometimes it is hard, but listen hard to your future-self voice and focus on that to drown out now-self

3.       Be disciplined and carefully plan your attack

4.       Take small steps rather than aiming for unrealistic goals

Finally, don’t punish yourself when you lose a willpower struggle – I think some days it’s okay to call it a day and let yourself watch that episode of The Bachelor. You’ve probably earned it with all the other battles you’ve had to contend with